It is actually one of the most common fears in adults but not in children. Let’s start doing something about it.

What is fear of failure?

All fears are simply an emotion that is unpleasant and from which we want to run and hide as fast as we can.

We do our best to avoid it or to resist it as long as we can.

Fear of failure is a strong building block of our internally constructed wall of protection that in reality is not protecting us. It is costing us more then the benefits it seemingly provides.

According to Wikipedia the fear response arises from the perception of danger. When we percive something as dangerous we will want to avoid that experience at all cost.

It is important to understand that perception of danger is not the same thing as facing a real danger.

When we experience the emotion of fear we might not see the difference between those two so easily.

Not taking any risks is a sure way to deprive ourselves of potential awards and success in life. After all we miss 100% of shots we don’t take.

When I started to look more deeply into my own fear of failure I noticed something.

At first it appeared that fear was this layer of protection that was trying to prevent me from being hurt. I wanted to avoid anything that could cause the negative experience of being hurt to happen.

And my mind was convinced that failing was a sure way to get hurt.

When I started asking myself what is the worst thing that can happen if I fail, the answer that I dug out in the end was simple.

By failing I would die.

You have to appreciate the irony of the operating mechanisms of a fear. It tells you that it is protecting you from the exact same thing that is making you experience in the end.

Because living the life in which you are not pursuing your dreams and not growing in the end is worse then dying.

Nobody wants to spend our very limited time on this Earth being a zombie, always hiding and never reaching out for our dreams. 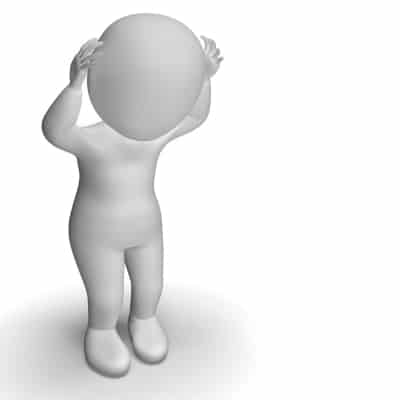 Is fear of failure genetic?

It is actually a learned behavior meaning it is something that took time and lot of mental processing to create.

When we were younger we learned everything without even thinking about failing. When we started to learn how to walk we didn’t get discouraged when we fell in the beginning. The same thing happened when we learned how to talk, draw or how to ride a bike.

Imagine being a child and saying something silly while you are learning the language and immediately deciding you failed thus creating resistance to any additional failing which in turn led to you not ever speaking again – because that is the best way not to make a mistake?

Nobody would ever learn how to talk to eachother!

Luckily, when we were young we didn’t take life too seriously. We were innocent to all our fears.

Whatever we learned we did it by actually failing first at it. And that didn’t bother us at least.

However, somewhere along our journey we became obsessed with this whole idea of failing.

That happened because we tied our own self-worth to the idea that failure is wrong and that is should not happen. We concluded that if we fail that means we as a human being are failures.

When we become adults or grown-ups, failure immediately becomes something that needs to be avoided or reduced as much as we can. We try our best to avoid failure at every cost.

And the cost of avoidance is too high.

“It is hard to fail, but it is worse never to have tried to succeed.” Theodore Roosevelt

We fail to see that by avoiding risks we are actually preventing ourselves from learning. We are stopping ourselves from progress. We are allowing our fear to dictate our lives and for the most of us, we don’t realize all that we are denying ourselves. The realization sometimes occurs only when we are in our death beds. And by then it is too late for anything but death.

Why did this start happening in the first place? When have we as a society decided that a natural way of learning is something to be dreaded and avoided?

The exact answer to that particular question is not important. We really don’t need to probe the darkness to understand light.

We simply need to turn our focus and attention internally and begin allowing ourselves the change of the perspective of what a failure really is.

To do that we first need to start discriminating again.

There is a world of difference between failure and failing.

What is the difference between failure and failing?

Failing is temporary situation that we experience when we are not achieving our intended outcome.

I stress the word temporary.

It simply means we didn’t plug in the variables in the right order to produce the wanted result that particular time.

If you want to see number 5 appear in the calculator and you type in 2+2 thus getting 4 you would not conclude that the calculator is a failure and that the world is against you, that the numbers don’t really like you and that you need to protect yourself from math in general.

You would simply change the variables in the process, until eventually you realize that you need 3 and 2 to get 5. And that is only one way of getting to 5. There are a lot of others too.

When we do something to change the variables it creates a completely different outcome.

So, the only way we learn in life is by first failing. Getting everything right at the first shot is not really probable.

There is nothing we can learn if we don’t fail at it at least once, because we are using failing as a pointer of what works and what doesn’t work.

“The only failure is not to try.” George Clooney

Examples of fear of failure

We all have a purpose in this life. It just depends if we find it or not. Once we do it is usually out of our comfort zone. That means we would need to put ourselves out there and do something risky.

That’s where the fear kicks in. It tells us all the different things why we shouldn’t do something and how it is better to stay nice and safe inside of our comfort zone.

That is why people don’t become dancers, singers, writers, teachers, builders even if their heart tells them it is their life purpose and it would make them happy.

Living the dream is not about having tons of money and toys. It is simply discovering your life purpose and then doing what it takes to make that purpose a life reality.

But we are not going to do that until we let go our fear of failure and drop the accumulated negativity and hate that we have towards failing in general. 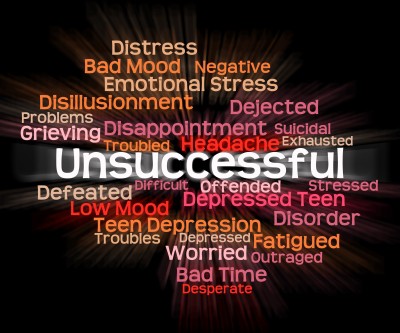 Why we hate failing anyways?

We hate it because we think it is somehow a statement of our own self-worth. We think it says something about what or who we really are as a person.

Continually failing without proper understanding of what failure is could get us concluding all sorts of crazy stuff about ourselves.

It can lead to creating exaggerated beliefs that make us feel like a failure. If that is something that you resonate with I suggest you read one of my previous posts called What is Failure in Life – 3 Ways to Stop Feeling Like a Failure Right Now.

“I’ve missed more than 9000 shots in my career. I’ve lost almost 300 games. 26 times, I’ve been trusted to take the game winning shot and missed. I’ve failed over and over and over again in my life. And that is why I succeed.” Michael Jordan

Right now, lets do a quick process to start dealing with this uncomfortable feeling. 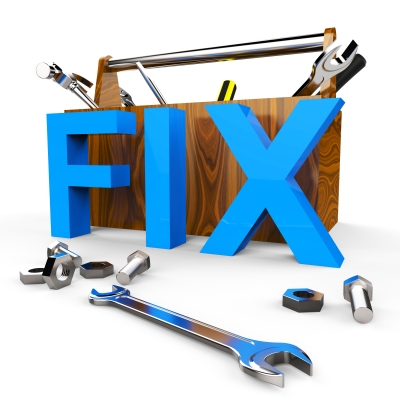 How to overcome fear of failure?

The necessary pre-step is always to become aware of the dynamics of this emotion. When it happens pay attention how fear is actually masking itself by pretending to be a protection mechanism.

Ask yourself did your mind ever lie to you before? Did it tell you that something awful would happen that in the end never happened?

What if all fears are just a bunch of lies?

“Fear is only as deep as the mind allows.” Japanese Proverb

Remember that failing and being a failure are two different things, as explained before.

“It’s being branded a failure that causes the most pain; when ‘failure’ changes from being a verb to becoming a noun.” Anup Kochhar

Accept that failing is a way of learning, without it we would not have the pointers that help us change whatever needs to be changed to get the desired outcome.

We need pointers to know where we have to go. That is why we have north and south, left and right.

Failing is simply a pointer that shows what is not the correct path towards achieving our desired destination.

If Edison had a fear of failure we would never have a light-bulb.

“Failure doesn’t mean you are a failure it just means you haven’t succeeded yet.” Robert H. Schuller

Find a quiet place where you will not be disturbed and allow yourself to experience the emotion of fear as best you can. Give yourself some time to be with the feeling of fear. Don’t try to do anything about it, simply observe it.

Don’t try to judge it, get rid of it or resist it. You have done that up to now and it didn’t really help. Now it’s time to start doing something different.

Simply allow the fear to be. Become an observer of it.

You will notice it will lessen in intensity if you allow it the space to be.

Ask yourself what is the worst thing that can happen if you fail. Is it really true that you will die?

Take all the answers your mind gives you for checking. Can you be 100% sure that what your mind tells you will happen? What if your mind is wrong?

“I must not fear. Fear is the mind-killer. Fear is the little-death that brings total obliteration. I will face my fear. I will permit it to pass over me and through me. And when it has gone past I will turn the inner eye to see its path. Where the fear has gone there will be nothing. Only I will remain.” Frank Herbert

Be consistent. All fears are accumulated throughout the many years of our life. They didn’t just appear one day, we collected them while we were living. Give yourself some time to be able to face them and let them go.

Don’t go hard on yourself if you don’t succeed at the first instant. Give yourself support and kindness first.

“Our greatest glory is not in never falling, but in rising every time we fall.” Confucius

If you need some assistance or support with this issue, feel free to contact me or if you are more DIY person check out the course I recommend that will help you let go all of your fears in a short amount of time.

In any case, don’t let something simple as a fear of failure rob you of your natural given right to happiness and living the life you choose.

If you have any examples of how this fear appears in your life or how you deal with it yourself, please share in the comment box bellow.

4 thoughts on “What is Fear of Failure?”