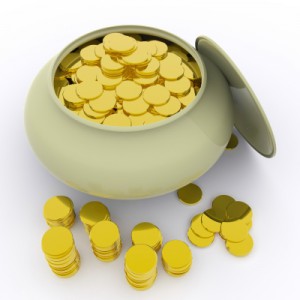 Perhaps you don’t know this, but we are programmed with a set of limiting beliefs about money from a very early age.

Were you ever told as a kid that “Money is the root of all evil”, or “Money doesn’t grow on trees”, or that “There is never enough money to go around”?

If so, you probably accepted this toxic, cash-repelling scarcity virus as the ultimate truth!

For most of us, we developed this scarcity mindset when we were really young children, perhaps only 2 or 3 years old.

And these together with all other limiting and negative self-beliefs about money that got implanted in our brain are actually the main reason behind every last atom of financial anxiety, stress, and lack we’ve ever experienced in our lives.

Why majority of people will never be rich

Even though we learned and accepted these beliefs as truth because they were taught to us by our parents, we can’t actually blame them for doing this.

They were trying to teach us what they thought was the truth, probably having our best interest in mind, and were simply relaying messages that were wired into their brains (minds) by their own parents when they were children.

In any case, you can be sure that if there is a common family trend of struggling financially, or simply not having enough money for everything that you wanted to have or experience, this scarcity mindset is the reason why.

The secret teachings sometimes connected with the law of attraction try to teach us that what you keep in your mind gets to be exactly the same as to what you experience in your life. These teachings are easily understood only when we recognize and accept the power of self-beliefs.

Our beliefs literary create our life

As soon as you start believing that getting rich is impossible for you, you basically kill your chances of attracting wealth into your life.

And this is the main reason why 95% of people will never be financially free.

Instead, they will spend their whole lives stressing about money, struggling to pay off their mortgages, and working long hours to receive just a fraction of the income that they could create, if they only had different beliefs.

There are two important truths that you need to take into account.

None of these beliefs are real, unless we ALLOW them to be, and they can be changed once we decide to do that.

We will never attract money and wealth into our life if we don’t change our limiting beliefs and let go of our fears.

Take the 60 second quiz and see for yourself

It’s never too late to start changing for the better

And you are truly never “too old” or “too whatever” to start changing your beliefs and begin accumulating wealth!

The self-imposed negative beliefs are the main reason that stop people even from trying, from taking positive action, and ultimately from ever recognizing the opportunities that would lead them towards being financially free!

Opportunities could be starting us right in our eyes, but because of the belief blinders, we would not be able to see or recognize them for what they are.

Negative beliefs are not the only reason though. We have deep fears that are also stopping us from reaching our potential.

For instance, the fear of failure is one of the biggest obstacles that is stopping people from changing their financial situation for the better.

Have you ever been so scared of failing at something that you intentionally missed out on opportunities or didn’t even bother to try to find some?

Most people experience this at some point in their lives.

All too often, a fear of failure can stop us from moving forward in our lives, and as a result we miss out on great opportunities.

Some people experience the fear of success. It sounds a little strange when you think about it at first, but there are reasons why people can become overly scared of succeeding, to the point where it actually holds them back.

For example, achieving success or being successful (getting a promotion or starting on a new career path) could mean moving into new and unfamiliar territory. And our minds, especially if filled with limiting self-beliefs will tell us that is dangerous and that we are not able to cope with the challenges.

Our minds will try to convince us that the safest thing to do is to do nothing!

But it doesn’t have to be that way. 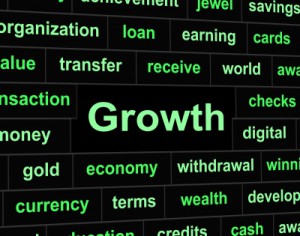 We can clear out our limiting beliefs easily and permanently

There are vast number of different ways and methods we could use to start changing our limiting beliefs.

If you are the type of person who would like to start changing your limiting beliefs and fears about failure and success, in the privacy of your home, by simply putting on your headset and relaxing for 30-40 minutes a day, following several tracks from top celebrity wealth coach, featured in Forbes and People magazine, an actual multimillionaire, then I suggest you try out hypnosis.

Hypnosis is a proven science that has been practiced for over 200 years, which allows you to directly access and “rewire” parts of your brain (mind) which holds all those limiting self-beliefs about money.

If you would like to learn more about the actual program, please check out my review page of the best self-hypnosis product out there.

It is definitely the easiest way to clear limiting beliefs about money.

2 thoughts on “How to Clear Limiting Beliefs About Money”